Imagination Theater provides diverse audiences with original, dynamic, participatory theatrical programming that enhances well-being and creates a more civil, safe society. Specializing in programming that engages audience members to participate rather than merely observe, the performances enable audiences to explore complex issues in safe environments; empowering audience members and strengthening communities. Imagination Theater performs in schools and colleges around the country with programs and performances that encourage students to engage with and promote conflict resolution in topics such as bullying, substance abuse prevention, and empathy skills development. 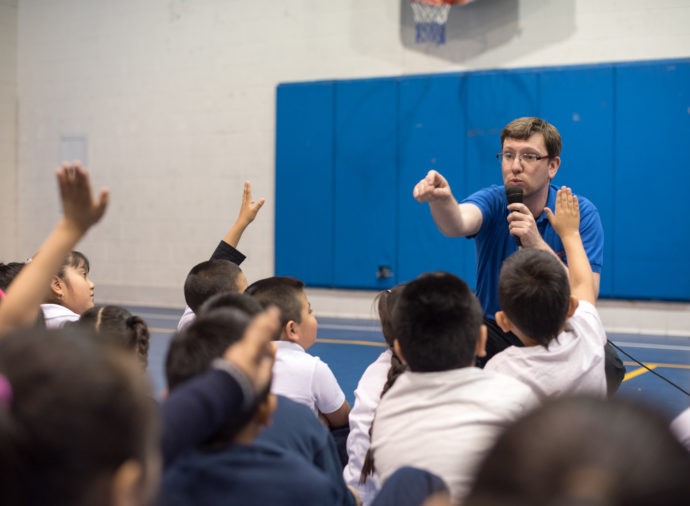 Imagination Theater has participated in 8 sessions of the Arts and Business Council’s (A&BC) board training and matching program, On BOARD. Currently four of the eight members of Imagination Theater’s board of directors were matched with the organization through On BOARD and, since Imagination Theater is currently participating in the Winter 2018 On BOARD program session, there is a good possibility there may be more in the near future.

Imagination Theater has also utilized A&BC’s Business Volunteers for the Arts (BVA) program to work alongside Chicago professionals on pro bono consulting projects, such as building a board roles and responsibilities packet. Imagination Theater is currently working with a BVA team to analyze and possibly revise the current Imagination Theater brand to improve communications and outreach to potential clients and donors.

As a member of Chicago Community Trust’s SMART Growth program, Imagination Theater worked with A&BC in completing a smARTscope assessment to evaluate their capacity across 7 organizational management areas. This evaluation led Imagination Theater to identify areas of growth and create goals to strengthen concept development, concept planning, and income generation through a three-year strategic plan.

Finally, Imagination Theater staff enjoy attending a variety of A&BC Learning Labs and have gained insight from topics like “Building a Better Brand” and, “Making Board Meetings Fun!

Imagination Theater’s Executive Director Steve Leaver reflects that, “The Arts & Business Council of Chicago has been an invaluable resource to Imagination Theater. We have been able to increase our board of directors with members who are knowledgeable about serving on a non-profit board and the challenges that arts non-profits face. Some of the members we have gained through On BOARD have been some of the longest serving members on the board.”

With the assistance of A&BC, Imagination Theater has been able to build and implement multi-year strategic plans for the organization. Most recently, BVA helped to facilitate a retreat facilitation for the board and staff to brainstorm ways to better diversify income in the coming years. Steve notes that, “From ideas generated in that retreat, Imagination Theater planned its first ever public event showcasing the work that we normally do in schools to potential donors, board, and volunteers.” 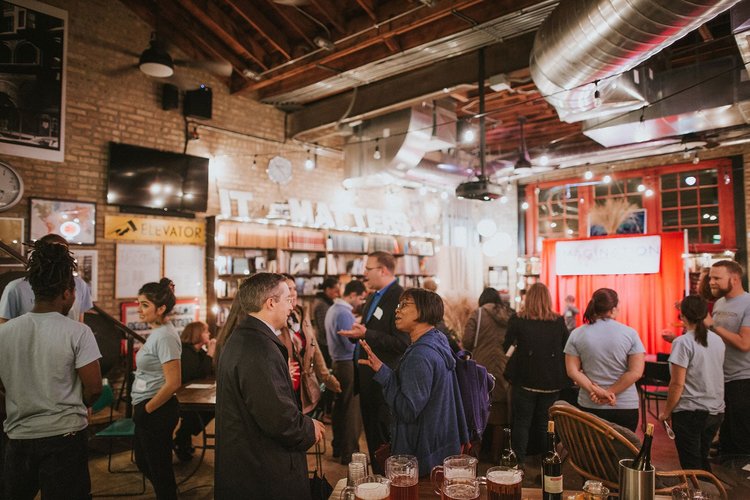 Imagination Theater will be celebrating its 51st season on May 11, 2018 at the annual Illuminate Benefit. This year’s benefit will be at Mars Gallery, 1139 West Fulton Market in Chicago from 7:00pm -10:00pm. The evening will include live music, food, drinks, a silent auction, and culminate with a special presentation of The Lighthouse Award, honoring former Board President Michael McConnell. Tickets are $100 and can be purchased by visiting imaginationtheater.org/illuminate/ or calling 773-327-6788.